This weekend I made a bunch of small but important changes, and one mostly frivolous change:

The frivolous change was the little bit of chromatic aberration you can see in the gif above when you get hit! I think it needs some tweaking so to be pixel perfect, it makes the art look a bit blurry at the moment.

I guess the big changes are really the settings and pause menus. Godot makes it really easy to put stuff like this together, but it was still quite time consuming. I regretted not having these in place before the jam. You can now switch between three different amounts of camera shake, and there is limited support for non-QWERTY keyboards. 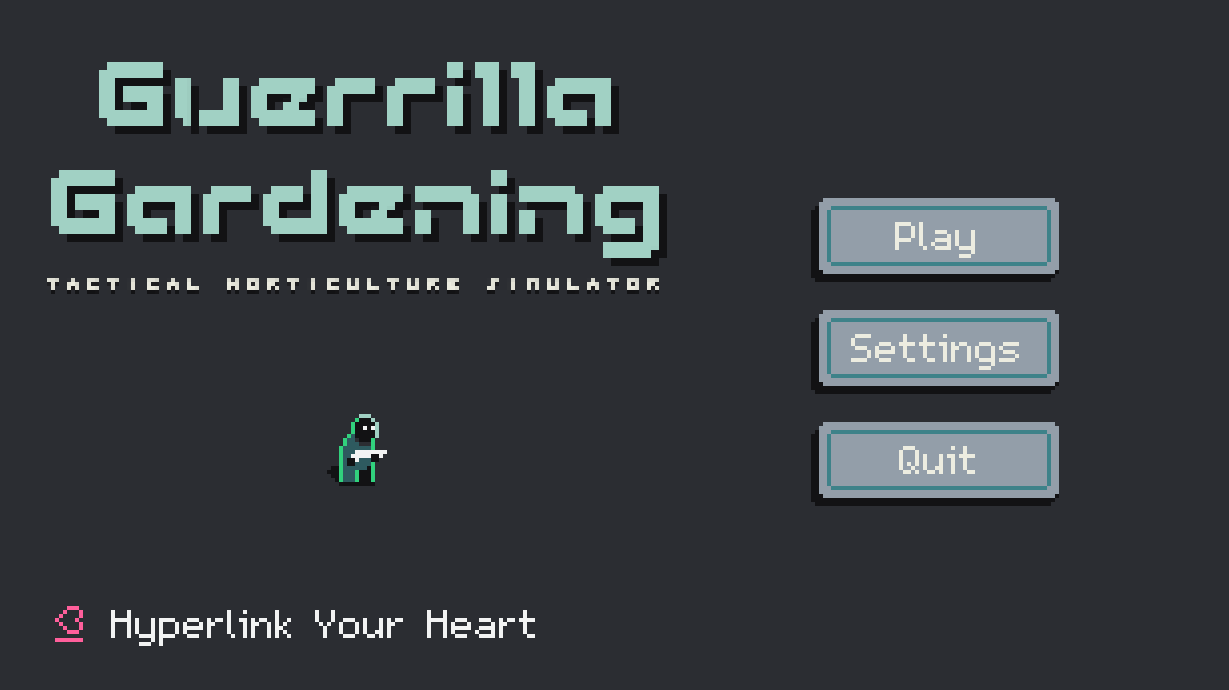 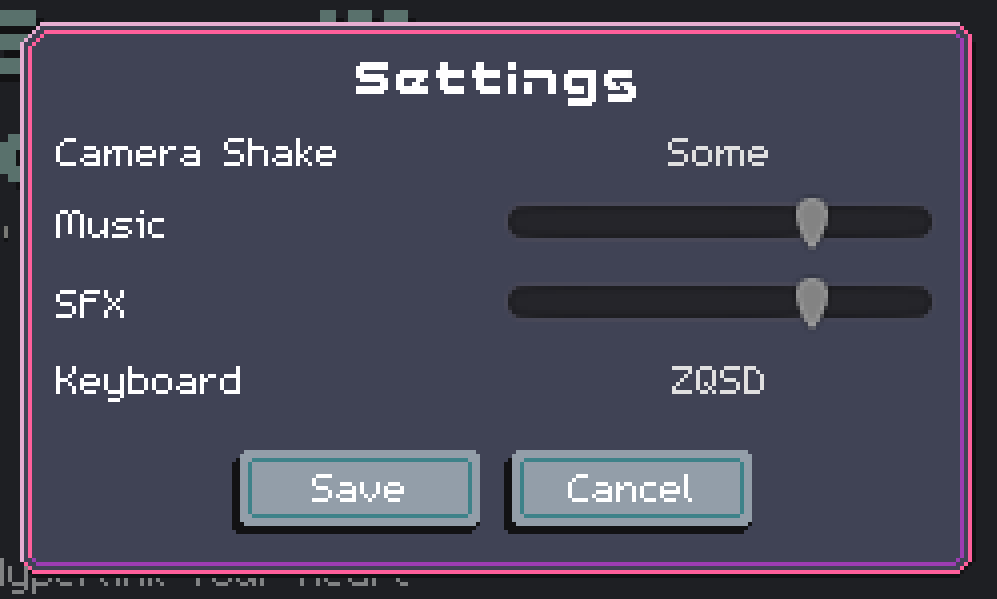 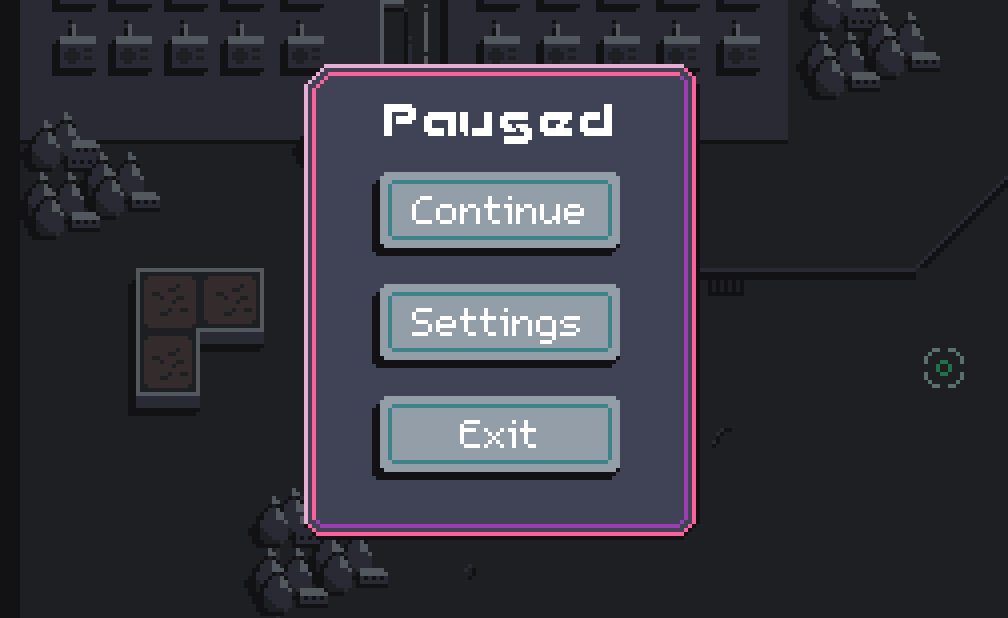 They still need a bit of work to style those sliders and make sure they work with a controller (ha ha I already know they don't).

That's it for now! The next thing I tackle will probably be to add fruit harvesting, a scoring system, and better difficulty curve.