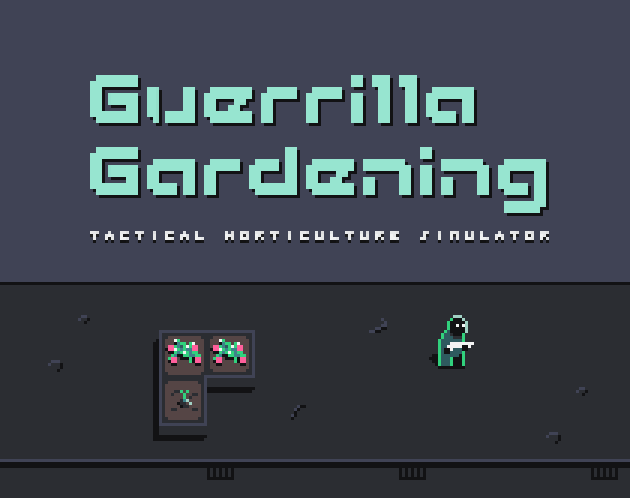 Guerrilla Gardening is my entry for Ludum Dare 41, a twin-stick shooter/farming sim hybrid in a cyberpunk setting.

As is the norm for Ludum Dare games, I had to scale back significantly from my initial ambitions - I had originally planned a significantly different game loop that involved harvesting and selling fruit and replenishing water and seeds, as well as a story that involved a combination of narrative genres.

Nonetheless, I think this is the most fun Ludum Dare game I have made to date, and I have had some great feedback on it, so I want to develop it a bit further. The first update that I am working towards will mostly involve polishing the existing gameplay.

The most significant changes will be:

After that, I will work towards a release with a more fleshed out world, a narrative, and deeper gameplay. My current plans include:

To kick things off I have modified the camera controller to be a bit more fluid and not at a fixed distance from the player, and introduced better feedback when the player and enemies are hit. A minor step, but an important one!