I've made a bit of progress over the last few days, a bit of gameplay stuff, a bit of art, and a bit of esoteric programming stuff.

Last update was mostly about a restriction of the Pico-8 engine that I had hit that would have prevented any further progress unless resolved immediately. This was mostly due to the way that I had specified some of the art for the game.

My goal was keep as much of the art as possible out of the spritesheet, which is extremely limited in size on the Pico-8. Instead I specified some of the simpler art assets as data structures that detailed the drawing operations necessary to produce them. It looked look this (which draws the moon in the final stage of the game: 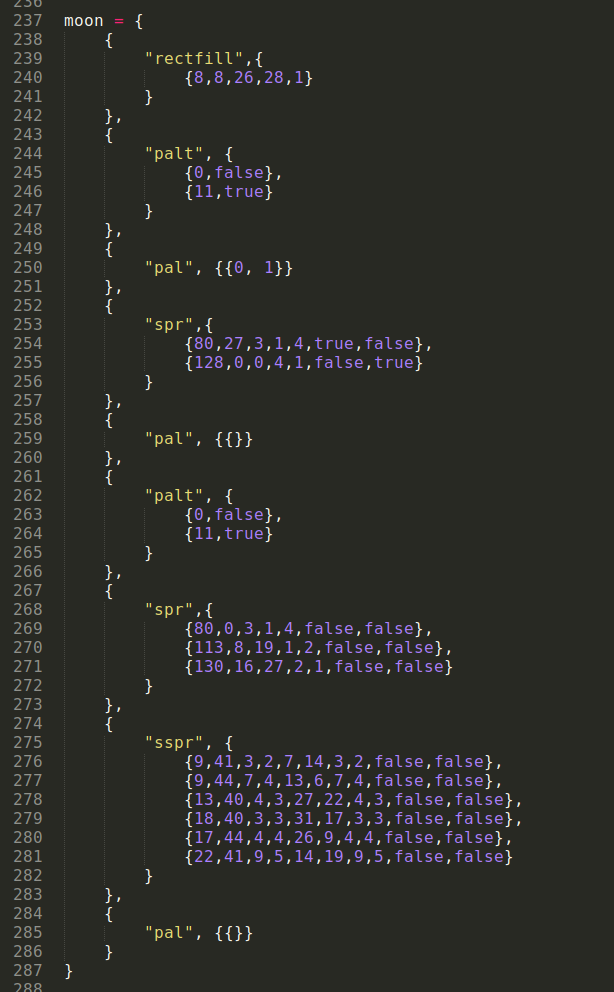 This method of specifying the art did save on spritesheet space, but it used a lot of tokens instead, and the Pico-8 only allows 8192 of those. Between the moon and the other assets and all the code of the game up to that point, I had used up over 8300 tokens!

The solution was to instead specify the drawing operations as strings which get parsed into data structures at runtime: 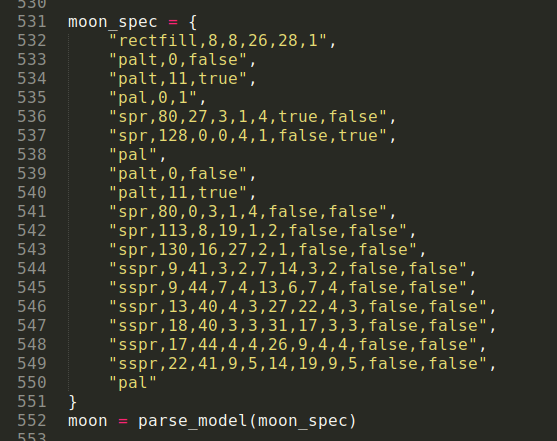 This change brought my token count down to 6280, which gives me a bit to work with. It's back up to 7174 again already, so I may still have to more work to do to reduce the number of tokens I use.

I made a similar change to how the waves are specified so that each change is now a single string: 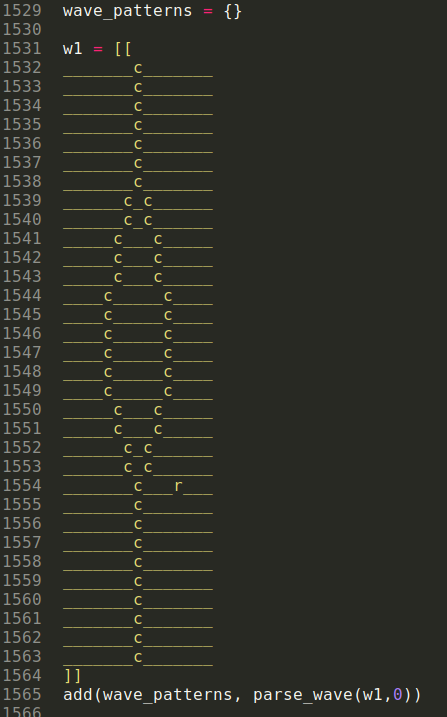 I did quite a bit of work on the background art for the first stage of the game, adding in the clouds and ensuring they move correctly (more or less) as the player ascends. I also used the background of the second stage to give a further sense of depth, as the background felt empty when you moved past the mountains.

The second stage needs the same treatment, but I think the third stage is complete as it is because there are less background elements to that one.

The final big change is that I added transitions from one stage to the next. It is a bit rough at the moment, but previously there was no advancement at all:

I also started on an opening for the game, which sees the player standing on a launchpad and a little cutscene where he is talking to his parents. I didn't add the parents yet, but you can launch from the ground and go all the way to space now, so it is almost starting to feel like a game!