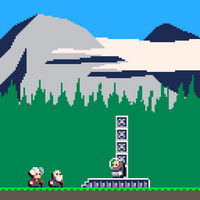 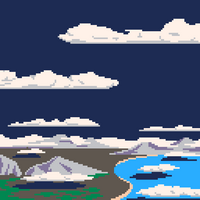 Rory Rocketstar is a small Pico8 game I've been working on in my off time for the past few months. I'd been calling it just "jetpack game" until a few days ago, and now that it finally has a proper name I decided it was time to officially introduce it to the world! 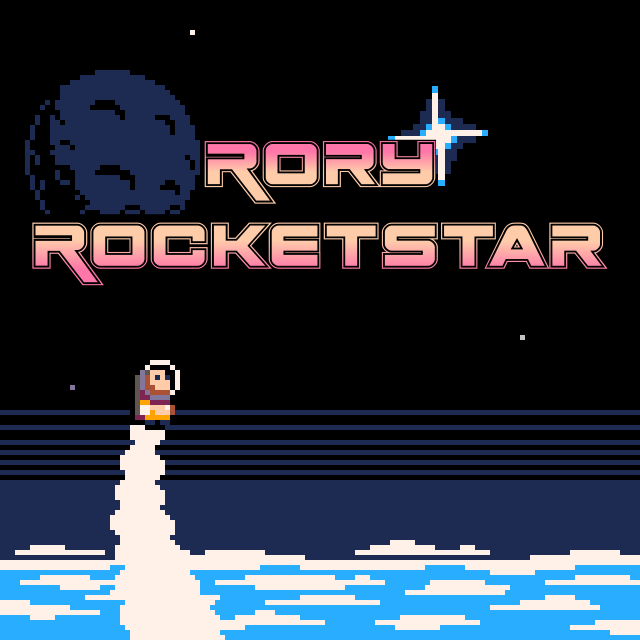 Rory is a young boy with a dream of touching the stars! But first, he has to escape the atmosphere...

The core gameplay, as I'm imagining it right now, will involve collecting waves of stars to maintain thrust, while dodging obstacles that will send you crashing back to Earth.

The game will be divided into three stages with different background art and obstacles, and possibly different collectibles. However, the final stage will probably be endless.

Most of the art is done, as is the player controller, and the player's interaction with the collectibles.

There is currently no structure to the gameplay, and the stages are not implemented. It also needs the obstacles added, an intro, title screen, end game etc., as well as lots of juice! It will probably be a few more months in development, and the final gameplay will depend on what actually turns out to be fun.

The music is going to be done by oniwaka, who also did the music and SFX for Rattendorf.

I've been streaming some of the development on my twitch channel. I don't have a proper microphone at the moment so I can't really chat about what I'm doing, but if watching somebody code sounds like a good time to you, please tune in!